Geological Data and the Future of Agriculture 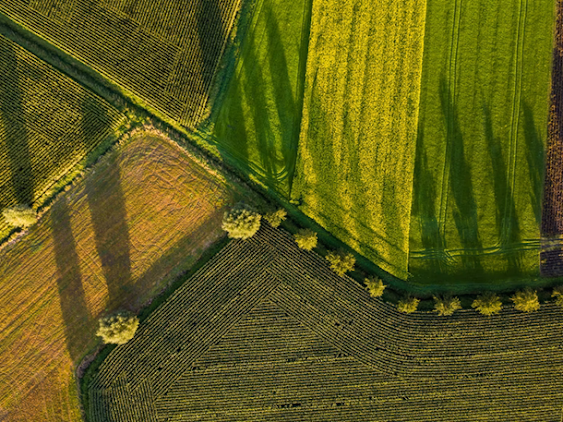 Geological Data and the Future of Agriculture

In our modern world, change is everywhere. The ongoing COVID pandemic has altered life for the vast majority of global citizens, for starters. Thanks in large part to human activities and behavior, climate change is rampant, and its effects can be seen across multiple disciplines.

The geological impacts of climate change are wide-reaching, and there’s myriad evidence of the phenomenon across the geological record. Rising global temperatures and high CO2 concentrations directly impact ocean levels and can cause irreparable harm to both marine and terrestrial ecosystems. The global food supply is also reeling from the effects of climate change, and the future of agriculture hangs in the balance.

The good news is that, when it comes to agriculture, there's plenty to learn from geological data. The various types of geologic data collected across history include geophysical surveys, chemical analyses of groundwater and soil, and earthquake location data. With that data in hand, geology enthusiasts, farmers, and consumers alike can make more informed decisions about agriculture moving forward.

Here’s what you need to know about the global efforts to address climate issues including water scarcity and fresh food access, with a little help from geologic data.

From a geological perspective, climate change is nothing new, yet it looks much different in the 21st century. According to the Geological Society of London, current CO2 levels are at the highest levels in at least the past 3 million years. In addition, “the current speed of human-induced CO2 change and warming is nearly without precedent in the entire geological record.”

It’s clear that we’re at a tipping point in terms of climate change, and no industry is unaffected. Once a fringe concept, sustainability is now at the forefront of many global minds, and promoting sustainable agriculture is of crucial importance. Modern farmers currently face the daunting task of keeping crop yields high without harming the environment.

In an effort to support healthy soil, global farmers collect relevant soil data using a variety of methods and technology. Whether sourced via ground penetrating radar (GPR), electromagnetic induction (EMI), or another method altogether, measurements are used to determine soil attributes and features, as well as to detect any contaminants that may be present.

Once contaminants are detected, farmers are then tasked with finding the origin and eliminating it. In many cases, polluted groundwater is the culprit. Contaminated groundwater can cause detrimental harm to the surrounding environment, including agriculture fields, but data collection may help mitigate some of the damage.

There may be a variety of potential groundwater contaminants depending on a farm’s location, including agricultural chemicals, and scientific tests can help determine the true cause. Yet the work doesn’t end there, and contaminated groundwater may still pose a hazard to humans and the natural environment years after the initial pollution event. Data collection is thus a long-term effort for farmers and residents in areas affected by polluted groundwater.

In the town of Libby, Montana, for instance, the Environmental Protection Agency discovered the dangerous chemical pentachlorophenol in a resident’s well water in 1979. Lumber and sawmill companies in the area were determined to be the source, and clean-up efforts commenced. Subsequent tests found additional contaminants, however, and safety reviews are still conducted every five years in an effort to keep residents safe. Groundwater sourced outside the city limits of Libby remains questionable, potentially impacting agricultural production in the region.

The Agricultural Applications of Geologic Data

Today’s advanced technology allows us to collect more data than ever before and centralize that data in order to extract meaningful insights. No matter how much data you have at your fingertips, however, it’s not necessarily worth much if you can’t make practical use of that information. Turning raw data into interpreted data takes everyone involved in the process, from geologists and social scientists to the farmers who understand how to best apply that data to their advantage.

Consumer trends are also an important part of agriculture, as the demand for certain products and foods can shift dramatically over time. By looking at data related to consumer grocery shopping habits, researchers may be able to identify problem areas, like where there may be too much or too little of a particular type of produce available in a geographic location, for instance.

Around the world, food deserts are becoming more prevalent in both rural and urban areas, even in developed countries. The Annie E. Casey Foundation reports that, within the U.S., 6.2% of the population lives in an area with limited access to fresh food — also known as a food desert. Going forward, the ability to optimize agriculture data will be a crucial factor in adjusting to growing populations and rising urbanization.

Healthcare professionals are even getting in on the action, by collecting patient data that can be used in agricultural applications. In increasing numbers, doctors are now screening for various social determinants of health, notably food insecurity, asking patients about where they buy groceries and how easy it is to get to the grocery store. Among other useful data, social screenings allow researchers to get a better look at a population’s overall ability to meet basic needs.

Data related to social demographics can be used in tandem with geological data in order to address gaps in the realm of agriculture. As an example, today’s socially conscious young people often find themselves at the intersection of technology and climate concerns. Young people can be a catalyst for change when given the opportunity and tools to do so. In this way, geological and environmental data can engage young people in research, opening up questions about the future of agriculture and paving the way toward a prosperous future.

Among its important lessons, geology teaches us that change is constant when it comes to the Earth’s climate. In large part due to the actions of humans, the world is changing at a rapid pace, but geological data may offer solutions.

It’s an exciting time for those interested in geoscience, as the practical applications of geological data can no longer be ignored. Indeed, the very future of agriculture may depend on geological data, as well as our ability to make the necessary changes to ensure a future where there’s plenty of healthy food, and no one goes hungry.

Contributed by Indiana Lee: Indiana Lee is a  journalist from the Pacific Northwest with a passion for covering workplace issues, environmental protection, social justice, and more. when she is not writing you can find her deep in the mountains with her two dogs. follow her work on contently, or reach her at indianaleewrites@gmail.com

What are Groundwater Contaminants & How to Reduce Them 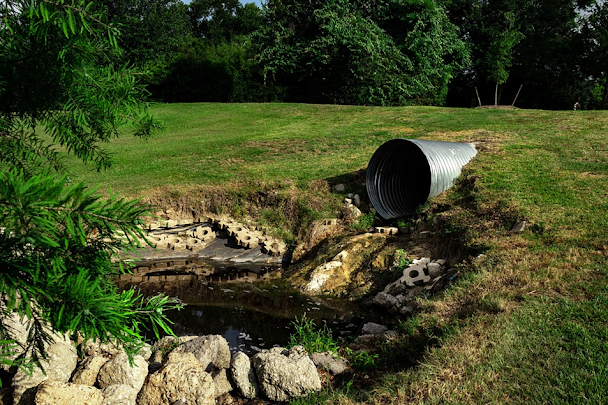 It’s probably one of the simplest things in our day-to-day lives. Yet it is also one of the most important. The human body is nearly 70% water and without it, we wouldn’t last very long. Of all the water on Earth, only about 3% is drinkable fresh water, and of that only about 1.2% is accessible for human consumption.

Some of the accessible water that we depend upon for survival is groundwater. This is water stored in natural pools underground called aquifers. Nearly 50% of the population of the United States gets their drinking water from a groundwater aquifer.

Given this, ensuring that the groundwater we have available remains clean and free of contaminants is a top priority. However, it can be much harder to detect and clean than many of us realize. Addressing groundwater contamination and working towards reducing it is one of the most important aspects of preserving our ability to survive on this planet.

Where does our groundwater come from? It might seem like a relatively simple question, but the groundwater supply that we currently enjoy comes from thousands of years of natural processes. In essence, groundwater accumulates as water slowly makes its way through the soil, and it only stops when it reaches a solid material that it cannot pass through. As more and more water accumulates and is pooled up by the impassible layer, aquifers form.

There are several professionals that study different facets of this process. They range from hydrologists who specifically study the movement of water in a given system to geologists who study different components of rocks. Someone who specifically specializes in groundwater collection and management might be considered a hydrogeologist because they study the interplay between water and rocks (along with the many other materials water passes through).

There is a lot that goes into being a successful hydrogeologist. Professionals may work towards solving difficult problems such as:

●     Can the aquifer support more development and housing in a certain area?

●     Will we lose surface water if certain changes are made?

●     What chemicals are currently in the water? Do they come from natural sources or are they from an anthropogenic source?

●     How much water reclamation can be expected in the aquifer in a given year? What about during a prolonged drought?

Water quality can have a direct impact on our health and well-being. Contamination of an aquifer can spell disaster for the communities that depend upon it. This is especially true if the water becomes contaminated to the point that it cannot be used for even municipal purposes without negative consequences.

Sometimes natural aspects of the landscape and the geology of the aquifer can determine if a groundwater source is at risk of contamination. As water passes along rocks it can cause erosion and leach chemicals into the water. Some examples of chemicals that are often found in groundwater sources include sulfates, iron, chlorides, fluoride and arsenic.

●     Greases, oils, and other substances collected in parking lots and other paved surfaces

●     Leaking fuel (and other chemical) storage and spills

Many of the chemicals associated with these sources cause significant health problems if/when they make it into the aquifer and pollute drinking water.

Fortunately, there is quite a bit we can all do both personally and as a business to reduce the amount of groundwater contamination that is happening. Perhaps one of the biggest things that can be done is to check for leaking pipes. Leaks in septic systems, pipelines, or storage tanks around the house can be fixed and can make a big difference.

Additional things that we can do to reduce groundwater pollution include things like taking steps to reduce the number of chemicals that we use — whether that means allowing for some dandelions in the yard (which is great for pollinators!) or using more natural cleaning products. Likewise, all of the chemicals that are used should be disposed of properly. Many of the things we can do at home are also things we can advocate for in our communities, which will ultimately make the largest local difference.

Contributed by Indiana Lee: Indiana Lee is a  journalist from the Pacific Northwest with a passion for covering workplace issues, environmental protection, social justice, and more. when she is not writing you can find her deep in the mountains with her two dogs. follow her work on contently, or reach her at indianaleewrites@gmail.com