The Geological Impact of Hemp Agriculture 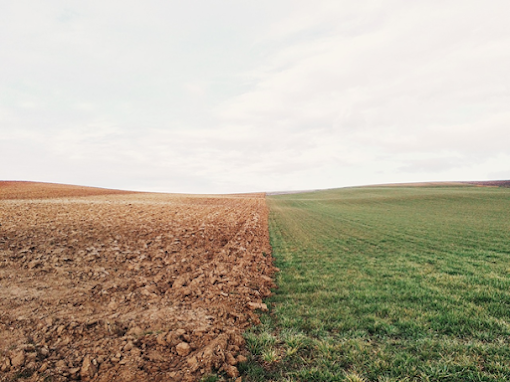 Looking out over a field of crops, it can be hard to determine exactly what is growing if you don’t have prior experience. It could be a variety of different types of wheat, legumes, corn, or so on. It may come as somewhat of a surprise given decades of federal regulations, but the crop growing out in the field you’re gazing upon could also be hemp.

Hemp products have made a surprising entry into a marketplace they were once forbidden from. Loosening of federal regulations surrounding marijuana plants — particularly those parts and varieties that are not known for altering your mental state — has led to a boom in the market. Hemp has long been known as a highly versatile and useful material and could come to replace many of the alternatives in the market because it is cheaper and of similar quality.

Most surprising though are the potential positive impacts hemp growing could provide for the local ecology. Particularly geological features such as soils. The conversion in American agriculture back to hemp growth could play a profound role in preserving and building the health of soils across the country.

Due to its association with marijuana, hemp has earned a bad rap in the past half-century. However, hemp played a significant historical role in the founding and building of the United States. The crop arrived in the U.S. with the first settlers in Jamestown, who used it to make all sorts of essential items including rope, sails, and clothing. Hemp was so important that farmers in the colonies were required by law to grow it as a part of their overall agricultural production.

Hemp has long been known as a vastly useful product. In the early 1900s, the U.S. Department of Agriculture published findings that hemp produced 4 times more paper per acre than trees and in the 1930s, Popular Mechanics determined hemp could be used in the production of over 25,000 different products. However, none of this stopped hemp from being listed alongside marijuana as a Schedule I drug in 1970.

Only in the past decade have regulations restricting the production of hemp been loosened to allow farmers to grow the plant. Only with the 2018 Farm Bill legislation did hemp become fully legal to grow in the U.S. Economists estimate that the industrial hemp market will reach nearly $36 billion by 2026 — a huge explosion in value and production.

Though the resurgence of the hemp market is interesting, there are many less visible benefits than the money. For instance, hemp can be a powerful means of conserving and building valuable agricultural soils. Soils are complicated and can take decades to form but they are quite easy to destroy, especially in arid or heavily utilized areas.

Hemp can be a wonderful rotational crop because, even though it is an annual, it puts down deep roots. Deep roots hold soils in place, preventing erosion, and break up soils which can allow for the planting of more sensitive crops in the following years. Beyond that, hemp produces an incredible amount of biomass, which can be turned back into the soil and used to increase nutrient value for the next round of plants.

Believe it or not, hemp can also be used to remediate damaged soils. The plant can typically grow in contaminated soils without any negative impacts. It can also be used as a means of reducing herbicide and pesticide usage because it is naturally resistant to most pests. This means that not only can damaged areas be put back into production over time, but fewer chemicals are leached into waterways, which would not only improve natural habitat but could increase the quality of drinking water.

As previously mentioned, hemp has all sorts of potential uses and stands to compete with or replace many materials that are currently used. Building construction is just one of many examples. Geological and materials considerations are significant in building projects, and hemp is entering the markets in more ways than one.

One of the most interesting ways hemp can be used in construction is through what is known as hempcrete. The material is only about 15% as dense as concrete and could float on water, yet it supports vertical loads such as wood stud framing well. Such material was used long before concrete and may even extend the life of wood structures because it allows the wood to ‘breathe’ a bit more.

Hemp also makes a great insulation material without many of the harmful side effects that some previous supermaterials such as asbestos have. While asbestos is extremely heat resistant, it causes myriad health problems. Hemp is also resistant to both heat and mold, which can protect a house or building even longer, and it heals health problems instead of causing them.

Hemp has had a long, significant history as an agricultural commodity in the United States. The redaction of laws that prevent growing the product has led to a boom in the market and thousands of updated ideas on how to use it in all sorts of industries. Aside from the great economic benefits, hemp has the potential to play a significant environmental role in building and rehabilitating the soils that all of us depend upon.

Indiana Lee is a  journalist from the Pacific Northwest with a passion for covering workplace issues, environmental protection, social justice, and more. When she is not writing you can find her deep in the mountains with her two dogs. Follow her work on Contently, or reach her at indianaleewrites@gmail.com