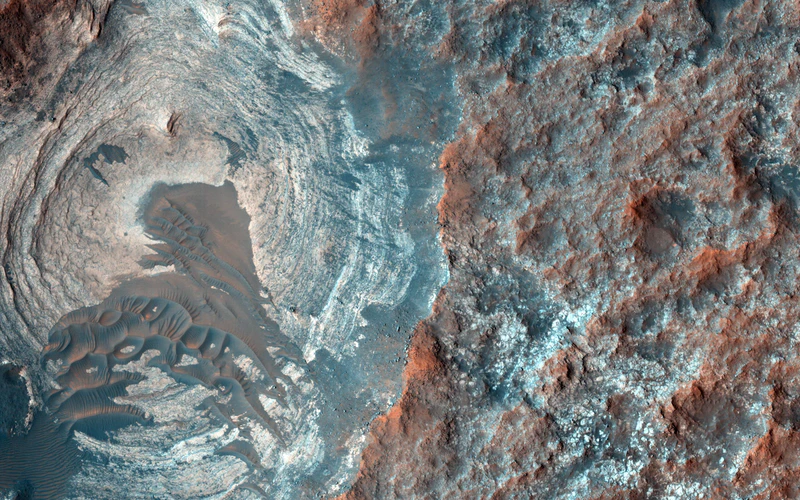 In these uncertain times, Science, technology, engineering, and mathematics (STEM) fields are all the rage among job seekers looking for stable and timeless careers. In fact, employment in science and engineering occupations was expected to grow by 18.7% between 2010 and 2020, across all STEM fields. While jobs in the physical sciences aren’t growing as rapidly as computer and mathematical scientist occupations, plenty of opportunities exist for those who hold a geology degree.

While many laymen might think geology is just the study of rocks, geologists know that the field has much more to offer, and prospective job seekers with an interest in the Earth’s composition have numerous sub-disciplines to choose from. Some geological jobs allow you to explore outer space while others keep you firmly rooted on Earth, creating maps or studying the topography of glaciers. Let’s explore five little-known geological jobs that promote a greater understanding of Earth and its history.

Humanity has long looked to the stars for inspiration, and today’s innovators are working hard to make space tourism a reality. Astrogeologists are among the hard-working professionals who keep the dream of space exploration alive. It’s likely that Richard Branson has at least one astrogeologist on his payroll at Virgin Galactic, a spaceflight company founded in 2004.

Interestingly, however, astrogeology doesn’t have a direct connection to spaceflight per se. Instead, those within the discipline of astrogeology study the growth and evolution of celestial bodies including planets, asteroids, comets, and moons. Astrogeology is also known as planetary geology, and trained astrogeologists may create planetary maps, conduct the remote sensing of celestial surfaces, and more.

Astrogeology has much in common with cartography, as both disciplines involve exploration and are deeply rooted in human history. Cartographers are responsible for making maps and ensuring their precision. Whether those maps are in paper or digital form, accuracy is essential to a cartographer’s job.

Cartographers should hold at least a bachelor’s degree in mathematics, according to Maryville University. Further, “a combination of experience and/or further education in cartography, geology, or civil engineering” is vital for map-making professionals. And make no mistake: The competition is fierce in the realm of cartography, which is ranked No. 4 in the U.S. News and World Report’s list of best engineering jobs.

Climate change is directly linked to geology, as the negative effects of the phenomenon become increasingly apparent. It’s no secret that the Earth’s glaciers are melting at a rapid rate, and glaciologists are on the front lines of the phenomenon. Glaciologists study the formation and movement of glaciers, both arctic and alpine, as well as ice caps and sheets.

While collaboration with other glaciologists and professionals is part of the job, plenty of solo work is involved. Furthermore, a glaciologist’s office is often in a remote location, and jackets are always required outdoors.

If you’re interested in exploring coastlines and cultivating sustainability, you may be interested in working as a petroleum geologist, arguably the occupation least involved with actual rocks on this list. But make no mistake, this dynamic and lucrative occupation is still firmly rooted in STEM and in the field of geology.

Petroleum geologists work to determine the location and amount of combustible fuel in a particular area. The job toes the line between land and sea, and the job requirements are a bit more intensive than in some other geological disciplines. Generally speaking, a master’s degree is preferred for all prospective petroleum geologist candidates, along with appropriate certification such as the Certification for Petroleum Geology (CPG).

The Earth is made up of countless components, some of which can change the very nature of our planet’s surface. The study of the way in which the Earth’s surface is morphed and altered by oceans, rivers, air, mountains, and beyond is called geomorphology. Typically, geomorphologists specialize in a single area such as sand, rivers, or rock as well as mineral formations.

Information gathered by geomorphologists is used in a variety of applications such as healthcare. Minerals and rocks aren’t always as innocuous as they seem. Asbestos, for example, is a naturally occurring silicate mineral commonly used in construction materials. It’s also extremely dangerous, and prolonged exposure to asbestos fibers can cause cancer including an aggressive lung cancer known as mesothelioma.

Geomorphologists are integral to the mesothelioma prevention process by continuing to study the forms and processes of asbestos. Searching for mineral-based alternatives and regularly assessing asbestos risks at job sites may also be part of the job of a trained geomorphologist.

Studying rock formations is just the beginning for today’s geologists. Workers in the versatile discipline of geology might head to Antarctica to study glaciers, observe and map out a changing coastline, or help plan a major oil pipeline. No matter the geologic field you hope to specialize in, a strong background in STEM subjects can help you stand out.

Contributed by Indiana Lee: Indiana Lee is a  journalist from the Pacific Northwest with a passion for covering workplace issues, environmental protection, social justice, and more. When she is not writing you can find her deep in the mountains with her two dogs. Follow her work on Contently, or reach her at indianaleewrites@gmail.com
at June 12, 2020