Dangerous Minerals That Can Be Found in Daily Life 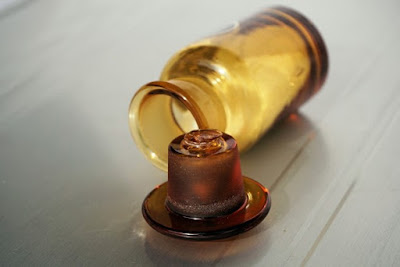 There are over 4,000 naturally-occurring minerals in the world. Many of them are a part of your everyday life, and you probably don’t give them much thought.

Some of the most common minerals that can make life go on as normal each day include copper, iron ore, silver, cobalt, and lithium. Without minerals, life as we know it would be completely different, and we wouldn’t have many of the creature comforts we depend on.

While minerals are essential for how we live our lives, some of them can be quite dangerous. Understanding which minerals can be toxic (and even deadly) can help you to stay away from them and focus on the ones that can benefit you, rather than harm you.

Let’s look at some of those dangerous minerals, where they can be found, and why you should avoid them.

Asbestos is commonly-talked about material, thanks to its prominence several decades ago. In the U.S., asbestos was a common construction material until the 1970s. It was used in homes and commercial buildings for insulation and absorption. If you own an older home today, there is a chance the walls still may contain asbestos. So, any construction projects you take on need to be handled with care.

Asbestos is dangerous to the average person because it can create a variety of lung issues. It is an incredibly small substance. In fact, 80,000 fibers of asbestos can fit on a single grain of rice. So, if it is breathed in, it’s far too easy for those fibers to burrow into the lungs. That can create problems like:

Over time, it can even lead to severe health conditions, including lung cancer. Thankfully, asbestos isn’t nearly as commonly-found anymore. If you are worried that your home or building might contain traces, it’s important to take precautions when doing any sort of project, including wearing a mask and utilizing proper ventilation.

There are plenty of old stereotypes and even jokes about using arsenic as a poison substance. But, there is nothing funny about the damage it can do. Arsenic minerals include:

These minerals can be found in everyday metals to pesticides. Unfortunately, arsenic is highly poisonous when inhaled or ingested. It can lead to certain types of respiratory issues and even developmental disorders.

One of the most dangerous things about arsenic is that it can contaminate water when proper precautions aren’t in place. Arsenic from certain metals can get into drinking water and lead to everything from skin lesions to cancer. Finding arsenic in groundwater has become a serious problem in some parts of the earth, making it more important than ever to be aware of this toxic mineral.

Reverse osmosis is the best way to remove arsenic from drinking water. This is something that should only be performed by a water treatment plant. You should never try “cleaning” arsenic from your water at home using substances like chlorine or bleach. Prolonged exposure to or ingestion of bleach can cause respiratory issues or long-term damage to the stomach lining. You’re simply replacing one toxin with another.

Mercury is derived from the mineral cinnabar, but most people know it by this more common name. It is the only metal on earth that turns into a liquid at room temperature, which used to make it ideal for thermometers. It is also still used in some fluorescent light bulbs and even electrical switches.

Unfortunately, mercury is highly toxic and dangerous. Unlike many other minerals, you don’t even have to ingest it or breathe it in for it to have negative effects on your body. Mercury can simply be absorbed through the skin. Mercury can also be found in some fish and shellfish. Shark, swordfish, and King Mackerel are known for having high levels of mercury. Fish like tuna, salmon, and catfish all have low levels and are safe for adults to eat regularly.

If you are worried that you may have been exposed to mercury or ingested it somehow, understanding some of the most common signs can help you to determine your next step.

Symptoms of mercury poisoning include:

Certain groups of people, such as pregnant women and young children, are at a greater risk of experiencing these symptoms. But, no one is “immune” from mercury poisoning, and the cinnabar mineral is something that should be avoided. If you experience any of the symptoms listed above, consult a doctor immediately.

Knowing more about dangerous minerals can help you to stay safe. So many other minerals make our lives easier. Even these harmful ones have had their place. But, keep your distance and avoid contact with them. There’s a reason they aren’t often used for many purposes anymore.

Contributed by Indiana Lee: Indiana Lee is a  journalist from the Pacific Northwest with a passion for covering workplace issues, environmental protection, social justice, and more. When she is not writing you can find her deep in the mountains with her two dogs. Follow her work on Contently, or reach her at indianaleewrites@gmail.com
at November 20, 2020